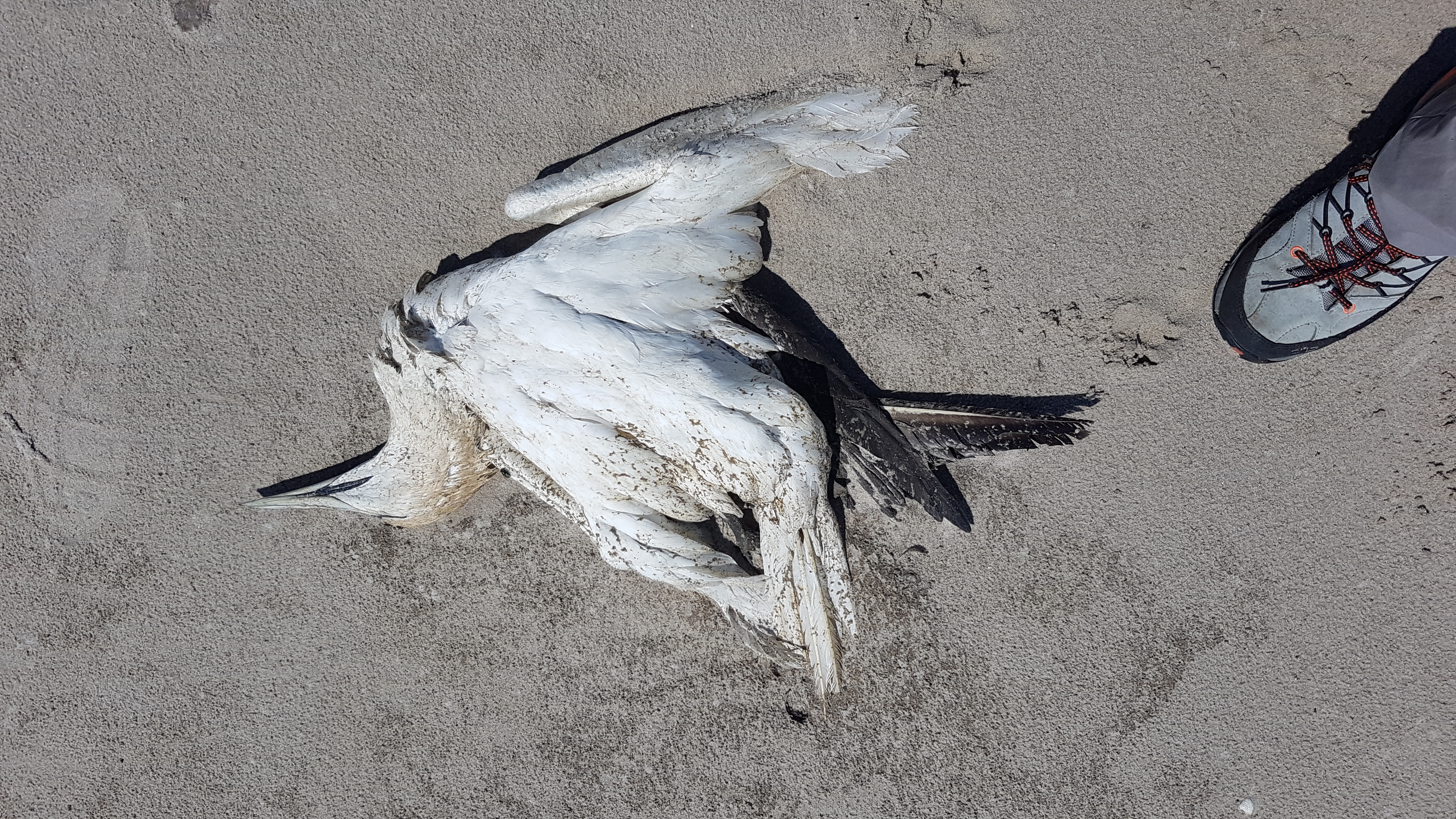 Another species of tit

Today, the first hours were raining so the opening was at 08:00. Because of the wind it was also not possible to open all the nets. Although not all the nets could be opened, we caught a willow tit. It was very nice and luckily Bent could enjoy it as well. Besides the willow tit, the ringing was very slow.

Photo of the catch of the day, Willow tit

People at the station: Bent, Bjørn and Menno

Today the day started with some rain, so I was able to sleep a bit longer than usual. After the rain stopped, I opened up at 9. The first round was a very promising round with 8 birds. Unfortunately, that was almost all there was for today.

People at the station: Menno

Today it has been one of the more quiet days since the start of this month. Because of this Sven, Bjorn and me were able to dig out the tern fence. During the process we saw a Hummingbird hawk sitting on the searocket.

People at the station: Sven, Bjørn and Menno

In the afternoon, there was a long period of rain. This made me close the nets earlier than I would like.

People at the station: Bent and Menno

Another new species during my stay

Today it was a bit slower then yesterday. But with some nice numbers of juvenile tree sparrows it was quite entertaining. Around the Fuglestation tree sparrows are the dominant species, but in Blåvand there is one breeding spot with house sparrows. Today I was lucky enough to catch a house sparrow, probably a young out of that breeding colony. The difference in size was quite obvious.

It turns out to be a good breeding year for crested tits in the nearby woods, since we still catch some new juveniles. These birds are exploring the surroundings, also caught post juvenile dispersal. Once they found a spot where it is suitable to breed, they will settle down there and are very likely to stay there until they die.

Today I got some company of Bent, Sven and Joakim. We had 2 crested tits during our communal round. Because Joakim lives in the east of denmark he really liked those. Afterwards they went for a look at the little tern colony and found a dead gannet on the beach. Because of the current Avian Flu outbreak, we collected it. At some places the Avian Flu is really hitting the bird population. In the Netherlands for example 25% of the breeding population of sandwich terns died. In total 5000 birds were collected on a total of 20000 breeding birds.

Bird of the day, House sparrow.

With a second for the station
af Menno den Uijl

Today it was possible to open all the nets again for the whole day. After two days with only limited opened nets, it was really nice to open everything again. It started really nice with a juvenile robin. After many adult/2k birds, this was only the first time we caught a juvenile. Because robins are quite agrassive, the juveniles must have no red breast because the males would attack them otherwise. Besides the juvenile robin, two juvenile common whitethroats flew in the nets. The crested tit had a good breeding season in the nearby woods, because we catch plenty of them. Despite their cuteness, they can be quite annoying jhnwith their picking and talent of grabbing a lot of net firmly. Speaking about tits, I caught the second marsh tit in the history of the station. Next to that, we caught a tree pipit. This was the first for the season, normally they are caught earlier.

With 38 birds in total, it was quite nice to be busy during the morning.

Another ordinary day at Blåvand

Today was a very ordinairy day at Blåvand. The ringing was not very spectacular, but some new plumages of the birds was very nice to see. Two sisken were a bit challenging to age, but after some closer looks it became clear what age it was. The challenging part of this bird was that it already had moulted all the wing feathers, but not the tail. This made me doubt a bit, but after I checked the lesser coverts it became obvious which age it was.

Bent came over today and did his round again. Unfortunately, he did not find another Moltoni’s warbler or another new bird for Denmark. During his coffee, he had a possible Serin flying over.

People at the station: Bent and Menno

Today it was windier then yesterday, so even less nets could be opened unfortunately. Luckily I managed to catch 11 birds with 9 new birds. So the big milestone of 1800 birds ringed is reached. Tomorrow, on the last official day of this season I will try my best to get as much birds to get an even better season total. This total could never be reached by the ringers who joined us this season, so thanks that you have joined the ringing campaign here at Blåvand.

Many visitors, not that many birds

Today was a bit windier then yesterday, so not all the nets could be opened today. Luckily the predicted rain around 7 did not drop down on us. A highlight of the ringing was another collared dove. This is already the 4th this season, doubling the former record. During all the years the Fuglestation was established only 10 have been caught. The explanation of the many catches this season could be that this species is expanding and breeding somewhere in the area. This is also very likely since the bird we caught today was a 1st year female.

The seawatch was not as good as yesterday, but a great skua and fulmar were seen during the observation. There were not that many birds, but the three observers (Henrik, David and Bello) were not bored afterwards.

Today was a really busy day, since Sven and John Frikke also visited the station. John Frikke brought another cake, which is always very appreciated. Next to that, he brought the termal camera, so next autumn the nightcatching should be more successful than our tries this season with no result.

Although the business around the station in the morning, the afternoon was quiet. After Bello took me on a shopping trip he went back to Århus again. He will probably join the autumn season here again.

Tomorrow I could hit a 1800 ringed birds this season so far. I only need 8 birds, but with the weather looking similar to today I hope that it is possible. The average of the spring total is 1683 birds, so that is a 100 more than average.