Nets were open again with a mild SW wind in the morning, mostly overcast with a brief time of clear sky. Fair weather for ringing and we open all nets until 1pm. On migration watch, Jimmy had a better morning after an uneventful day yesterday with strong wind and almost no visible migration.

With less wind and warm weather, some more birds were seen and heard when first light came. The day began with some migration along the shoreline, and most active in the first hour. Jimmy had nine Shorelarks and six Parrot Crossbills as highlight of the day, and a female Peregrine chasing after gulls on shore certainly gave him some entertainment. Things began to quiet down afterward and migration was slow again. The juvenile Barred Warbler which attracted a small crowd on Sunday was not seen again today.

In the garden and lighthouse, we have ringed some warblers and tits, with two Yellow-browed Warblers and two Chiffchaffs, also two Willow Warblers which would be a bit late arrival in this season. Incoming became slow after the first two hours.
And we had "Tuesday Gang" here in the station for some birdwatching. 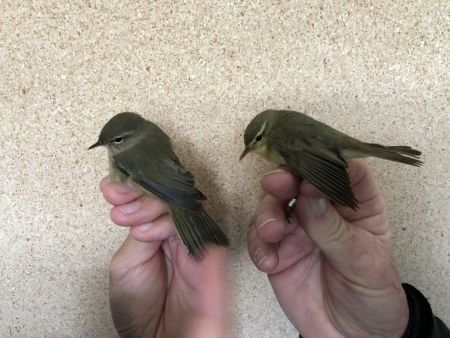 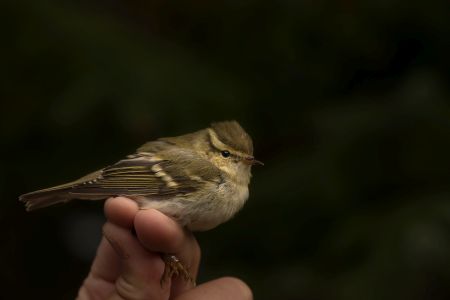