Unordnung all around - coot on the beach and no cleaning duty at the Fuglestation. WAS?!
af Marie Burdorf

Hello everybody, this is one of the many German Maries Merit has brought to the Fuglestation. So I know I'm not special and I know my place but either everyone was hiding their thoughts or their just genuinely nice people here :')

The observation today apparently was very moderate but for me it was heavenly. I'm not used to this numbers of waders and crispy clear observations of Arctic Skuas (Alm kjove) because 1. I live in mainland germany and 2. I spent a lot of time in Helgoland Vogelwarte and there you can't have that. I was given the important task of counting the Common Scooters (Sortand) and after being completely amazed by about 200 passing by towards south within half an hour, there was another black chicken-like bird appearing, which I was not very impressed by. All my other companions and especially David were very impressed, the latter even rushed to the beach to collect the evidence. The COOT (Blishøne) felt embarrassed and uncomfortable about this unknown amount of attention and aligned with a few Black Headed Gulls (Hættemåge), not to be seen again that day. Jonas and Merit dipped the coot. Bar-tailed Godwits (Lille kobbersneppe), Red Knots (Islandsk Ryle), Grey Plovers (Strandhjejle), Golden Plovers (Hjejle), Common Ringed Plovers (Stor Præstekrave) and other waders were passing, some nice raptors visited too like 2 Ospreys (Fiskeørn) and the Montagu's Harrier (Hedehøg). 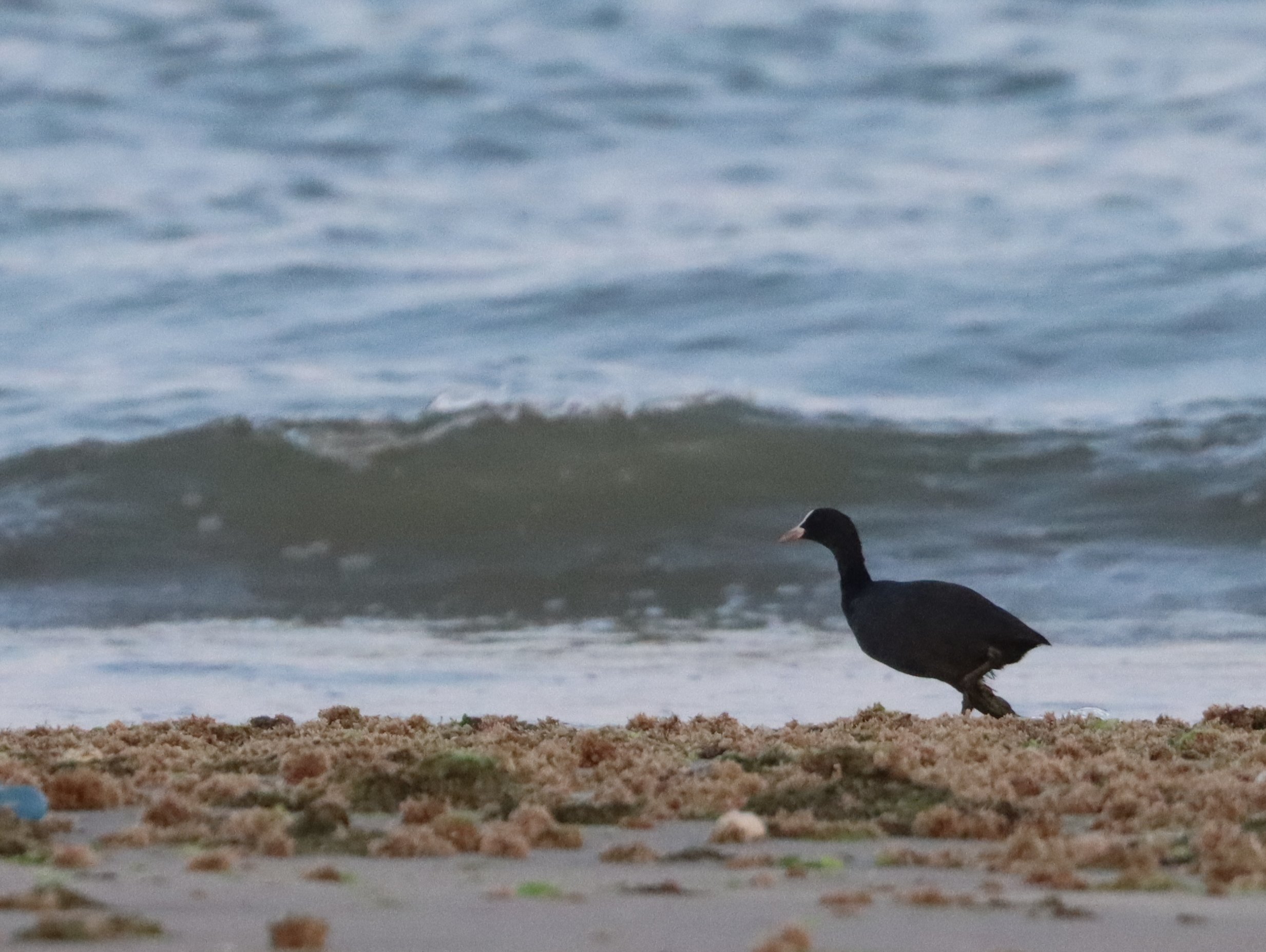 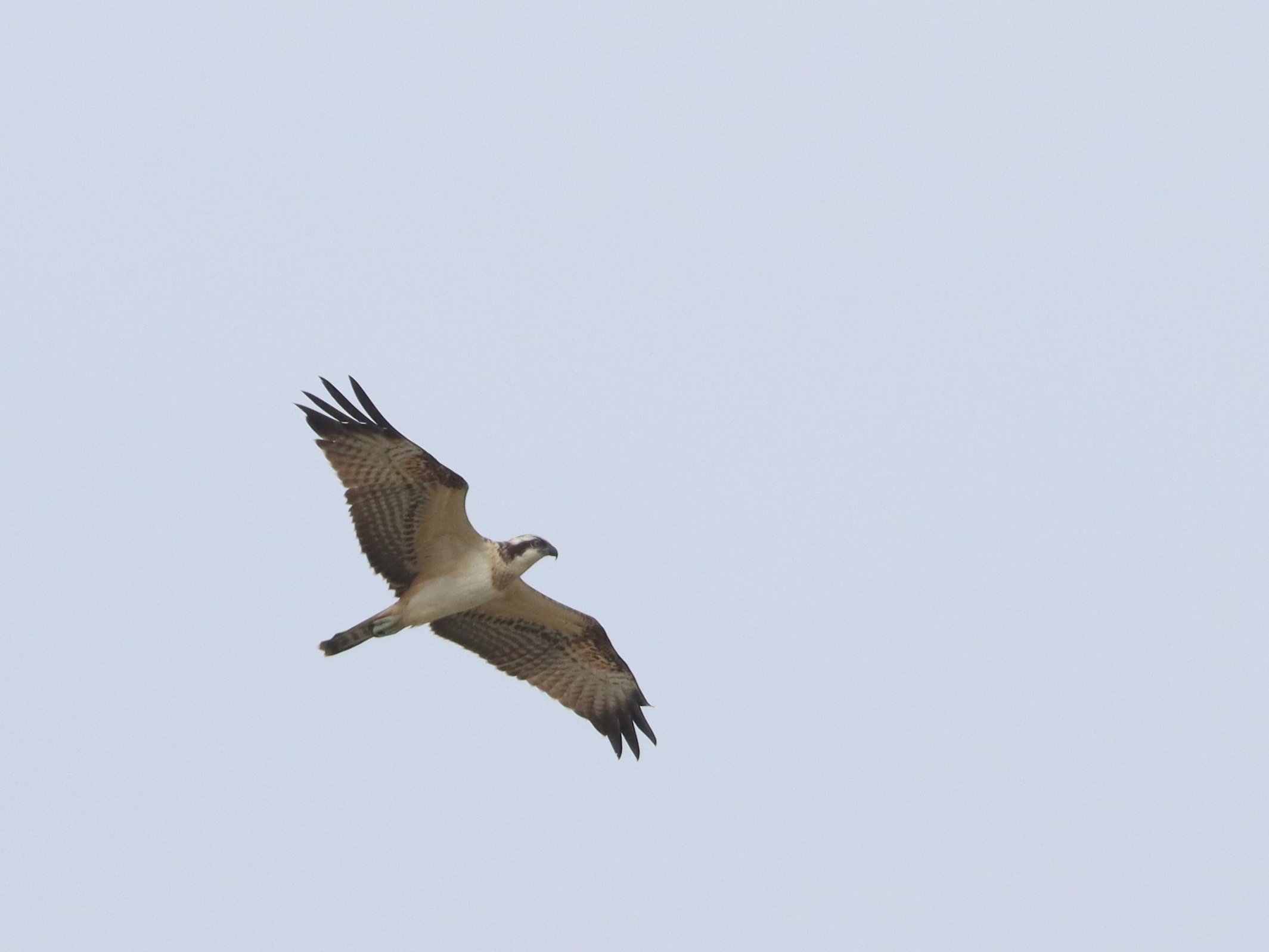 A few very handsome Redstarts (Rødstjert) have been ringed today, numberwise it was less than moderate but the motivation was very high so the nets have been open in the afternoon aswell, when a Reed warbler (Rørsanger) was caught. 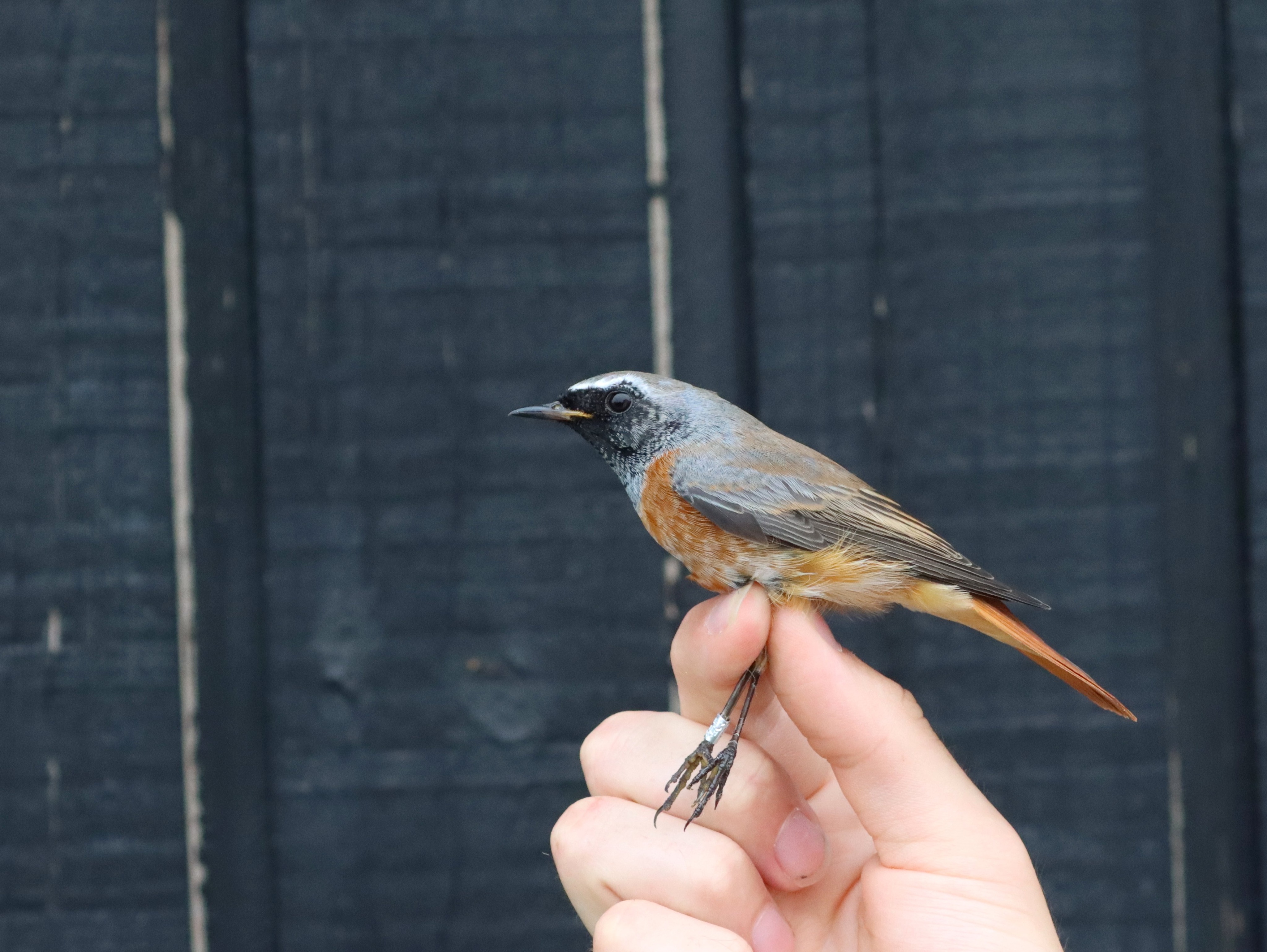 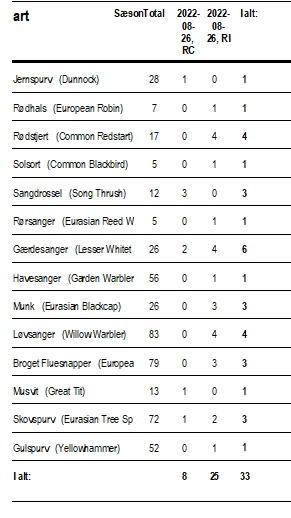 In the afternoon, Merit and I have read many gull rings in nearly all colours of the rainbow (purple is missing though. And brown. Is pink even possible), one of them being a Black Headed Gull (Hættemåge) wearing a yellow ring who has travelled quite far as it was ringed in Zagreb in January this year, Croatia on dumping site. So it worked its way up to the beautiful Western Coast of Denmark which a lot of Germans approve of too, I found.

The Helgoland Vogelwarte is bigger than Blåvand Fuglestation and it comes with a lot more rules and organisational stuff. Not knowing who will cook dinner on the same day triggered my German angst but after being here for a few days it faded slowly and replaced by a neverending song called "Olivia", which my colleagues think is German culture. I don't know much about that.

I do know that everyone, even very experienced older birders always met me on eye-level, a lot of respect and friendliness and I learned so many different facts and tricks from everyone here and I am sure that there's much more to learn, so I have to return! Thanks for the awesome time :)

All pictures were taken by David Manstrup