With moderate wind from WNW in the morning, Menno and I managed to open half of the nets in both gardens – the rest of the nets was to exposed for the wind.
At least it was the first chance to open nets after 3 days of too windy conditions.
While we were doing the rounds in the two gardens, Bello and David took the morning observation from Sydhukket and later got company from Henrik and Sven.

The ringing was a bit slow with a total of 11 ringed birds and 7 recaptures in 7 hours, and we closed the nets again around 14 o´clock as the wind speed increased again.
Best bird in hand was a recapture of a Yellowhammer ringed here back in August 2019. 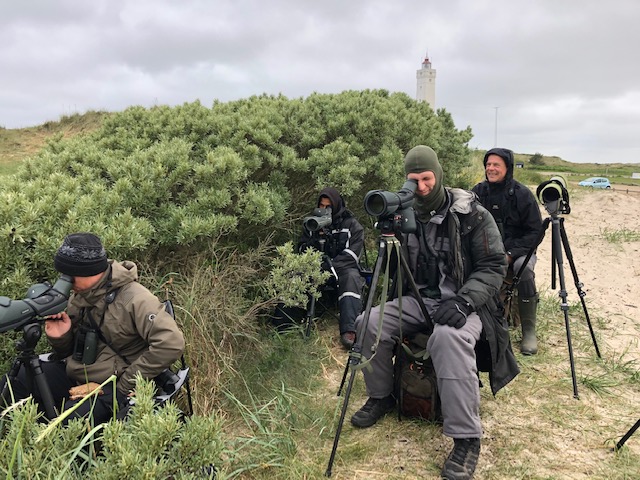 Much better was the bird of the day at the sea.
The observers reported a slow morning with few birds, but just one bird can be enough to get happy smiles on the faces (maybee not on my face, as I missed the bird with less than one minute, while I was walking to the observers at the sea between a netround :-) )
A stunning adult Yellow-billed Diver (Hvidnæbbet Lom) flew north over the sea at a range, where the view in telescopes was perfect and within reach of the lens of David camera.
Only the 8´th spring record of White-billed Divers at Blåvandshuk since the start of the Birdobservatory! Also an Egyptian Goose was spotted a bit later which is also the 8th spring record. 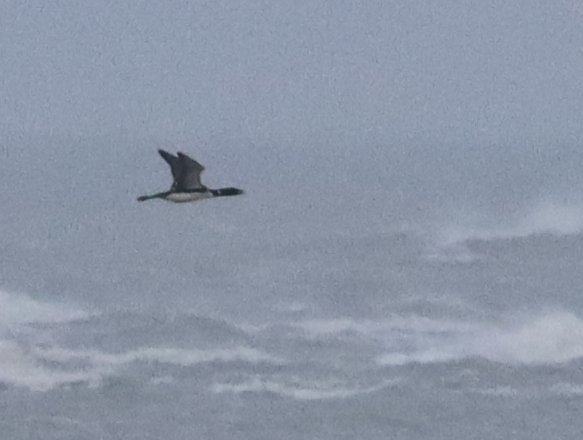 After the standard time of observation was done, Henrik went home and was exchanged with Bent, who arrived after we had a fine breakfast, as Sven had brought us bread from the baker.
Sven, Bent and Bello then went to beach to fix the fence at the tern colony after the wind and high tide had laid it down.
It went well for then, so they came back to the observatory in time to have some nice social talks and good histories before Sven, David and Bent went home.

Now Bello, Menno and I have a relaxing evening and prepare ourself for a fine day tomorrow with light wind conditions, so we can use all nets tomorrow.