Today was a rather slow day both on the seawatch and in the ringing gardens. We managed to catch 3 new Wrynecks and on the seawatch Bello saw a Little Tern, a Merlin and an Osprey. We had also another two visitors: Lene and Ole which joined a bit for ringing.

Because it was a slow day we closed the nets at the lighthouse after the standard hours were over. Menno had a consult call with his University and continued the ringing in the station garden. So Maciej, Agata, Bello and I decided to go on a roadtrip and check out the Island Fanø, we took the ferry from Esbjerg. When we arrived we went to a small city to get something nice to eat and looked in awe at all these cute little houses. We then also went into a church were we noticed that there was Ships hanging from the ceiling.

Maciej having a nice moment with a cat, Photo by Leona

After we ate a nice sandwich and icecream we checked out the beach in the hope to find some nice species. We weren't disappointed. On the beach we saw a few gulls, lapwings, pied avocets, curlews and got some nice pictures of some seals relaxing in the sun. 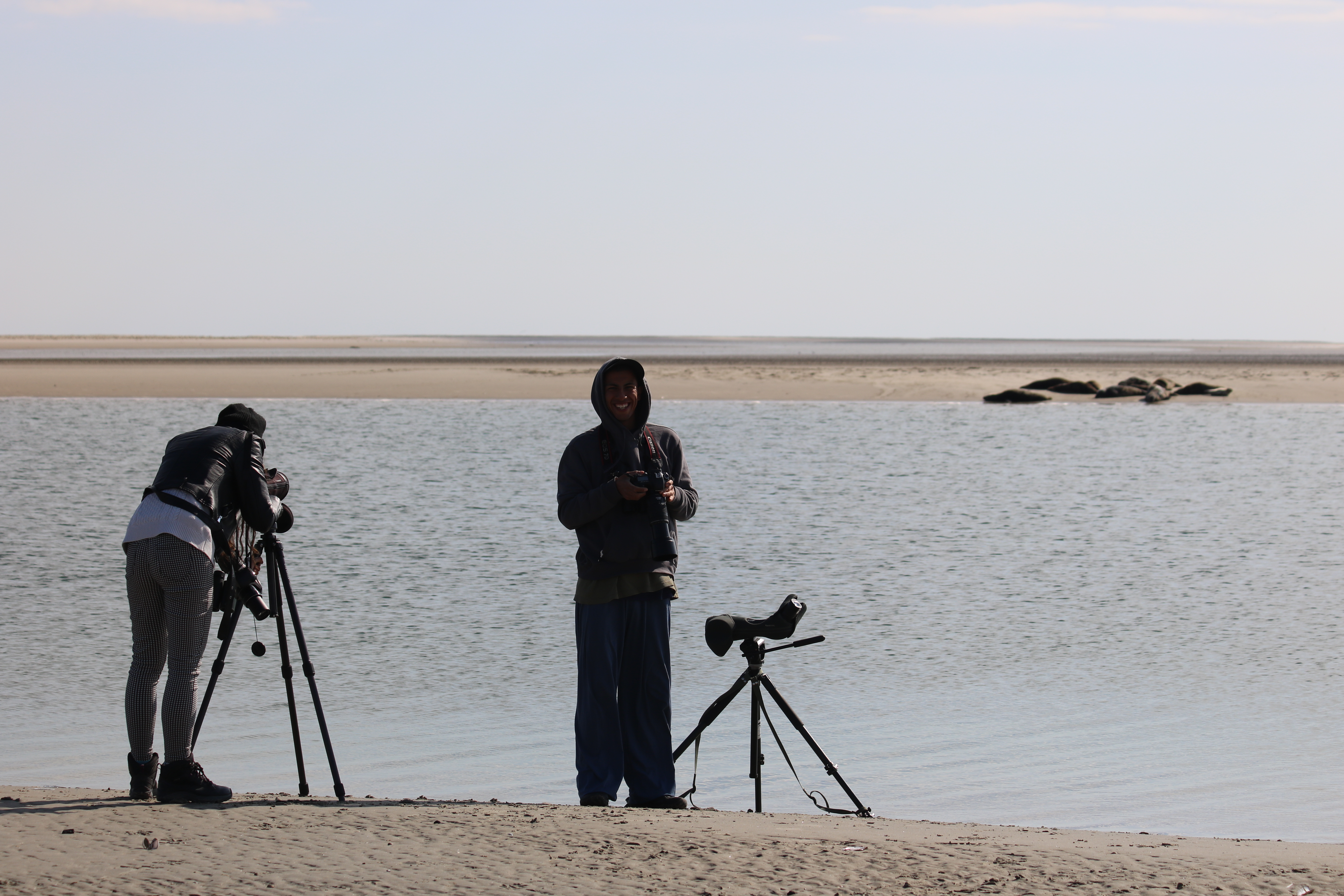 Looking at the seals, Photo by Leona

We then went to a place called "fuglekøje". It is an old duck decoy which was formerly used for duck and waterfowl hunting. Between 1960 and 1990 it was used for ornithological research, but now it is only used as a living museum. There also was a tower that Agata and Maciej went up and could see really far. Bello and I practiced birdsongs. 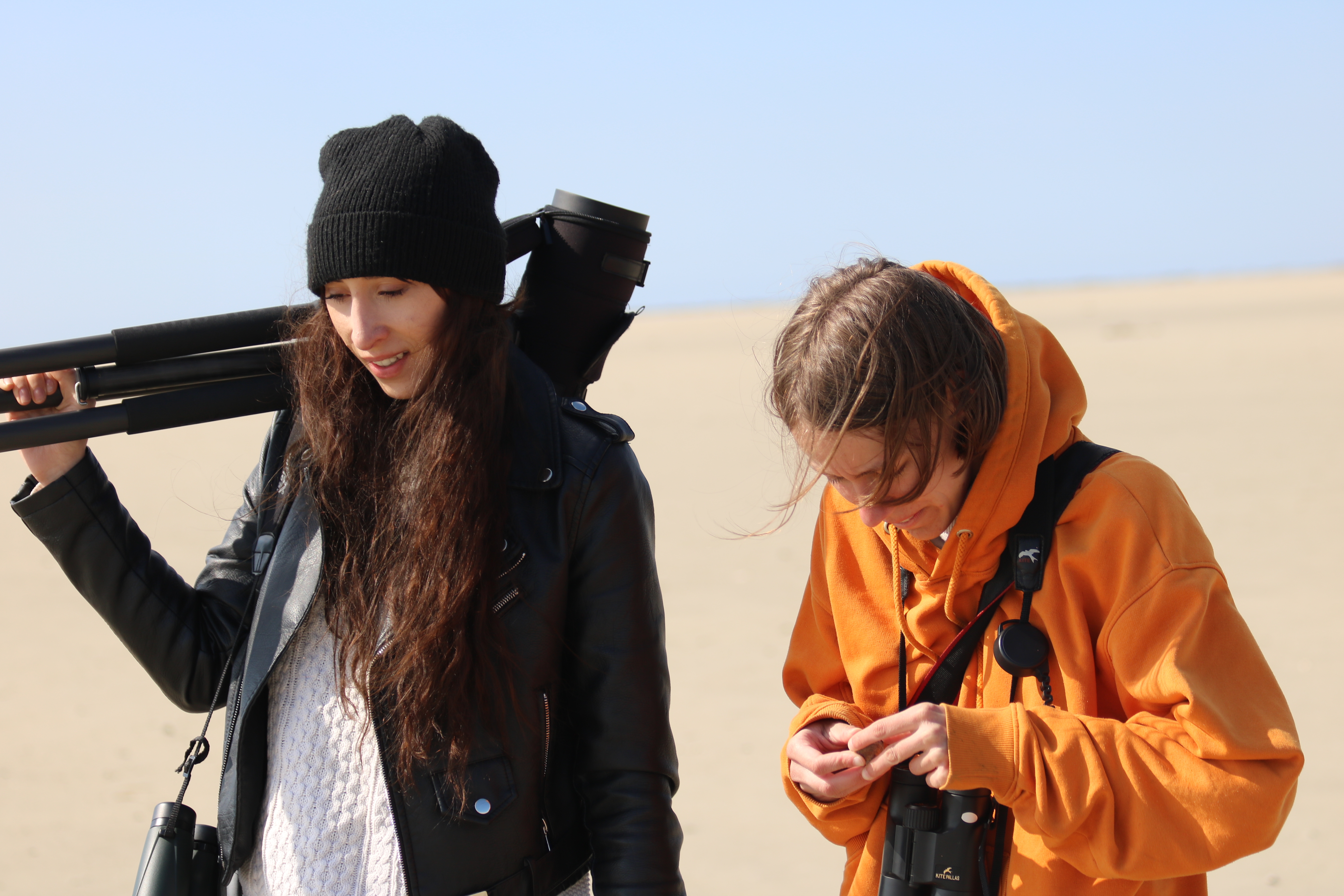 Agata and me looking at a seashell, Photo by Bello

People at the station: Maciej, Agata, Bello, Leona and Menno