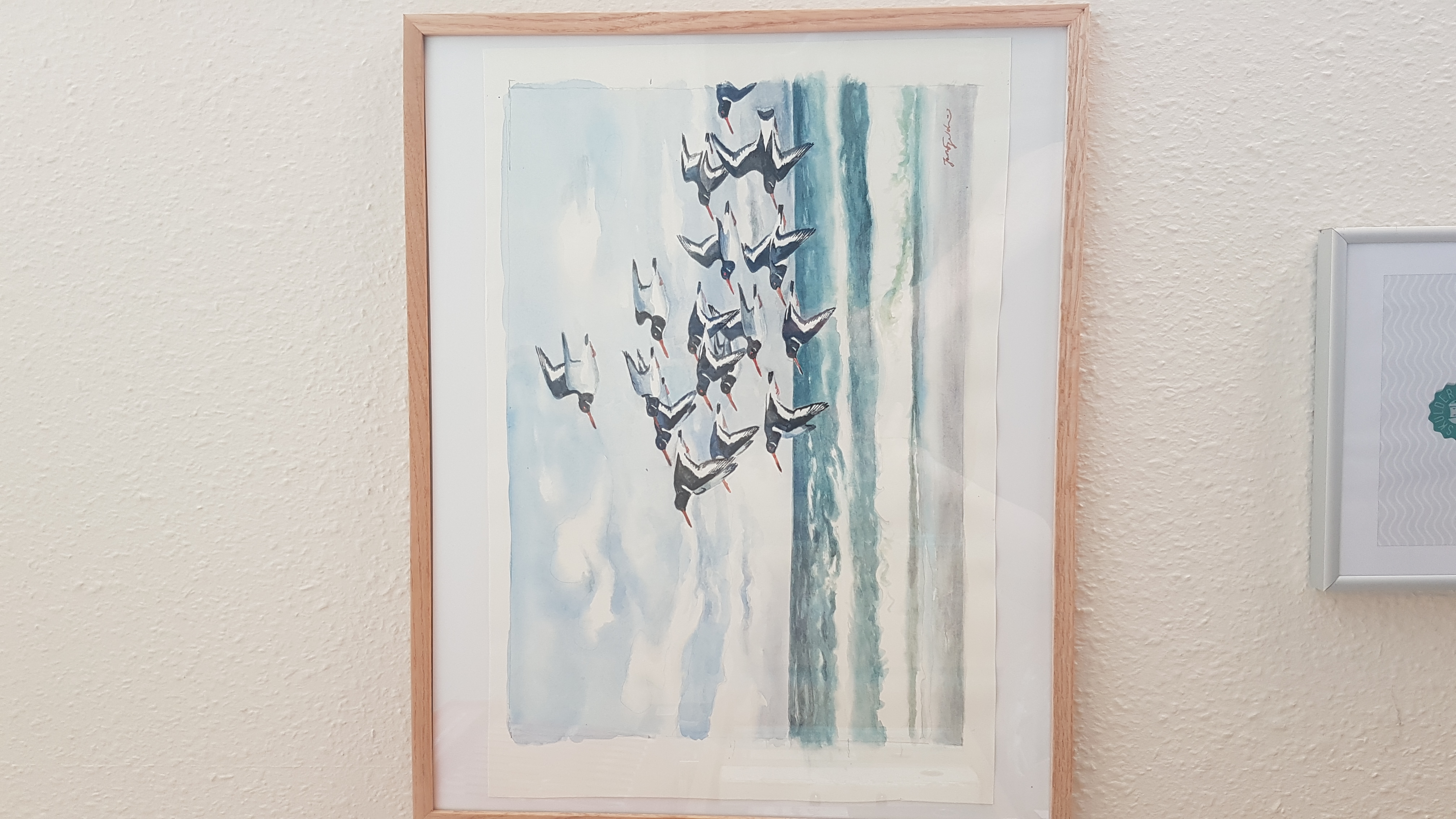 Today was a really busy day. We startet the ringing as usual but with our 2 new Members Agatha and Matje. Together we captured total birds of ... different species. The highlights were a belgian Linnet and that Agatha and me managed to flush a Songthrush in the Helgoland Trap.

Bello had a quiet time on the seawatch with only a few birds migrating.

After the ringing Matje, Agatha and I went to pick up Merit. Now that there are so many ringers, we can split up easily and work in teams which is really nice and a lot of fun.

Because Bellos carbattery died he asked around in the Parking lot if there was someone with a starter cable. Because he found no one, the six of us pushed the car up the hill towards the beach, to try and load the battery by going in the 2nd gear downhill. Soon when we pushed the car uphill we were joined by two germans. But it didn't work. So we spoke with the germans and it turned out: They had startercables! 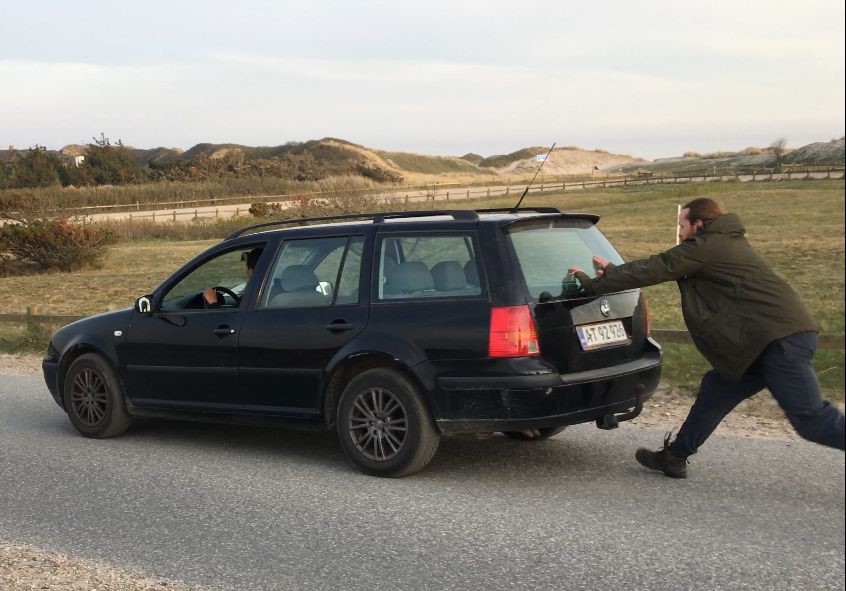 Trying to load the carbattery photo taken by Merit

We then were able to start the car, so we went on a roadtrip to hopefully be able to listen to Eagle Owls and Tengmalm's Owls (Boreal Owl). When we arrived we first heard the eagle owl so we wanted to get closer but actually went further away from it. After an hour we went back to our original spot and were lucky. From that spot we could hear an Eagle Owl, a Boreal Owl and a Long-eared Owl at the same time!

Listening to the owls photo taken by Merit