Another long day of ringing. And another record number of birds cracked.
af Hanelie Sidhu
Hello dear blog reader,
When Luke, Jonas and I went to check the nets for the first time today, we were simply overwhelmed by the number of birds. 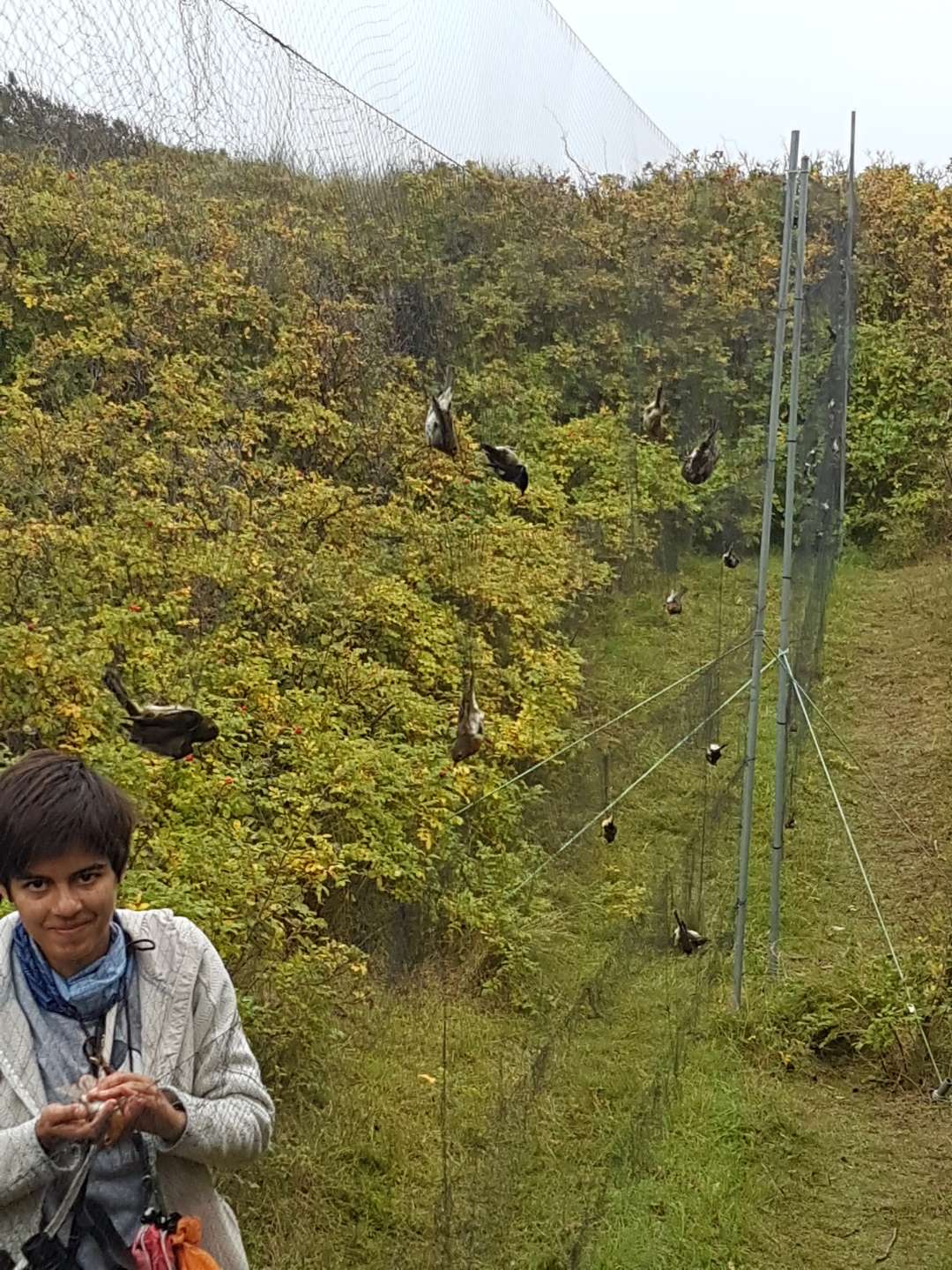 Incredibly many birds in the nets again today.
We got two boxes for Robins, and they were full to bursting! There were so many Robins that Jonas called Bent to help us ring them. Bent soon arrived and he and Jonas started ringing right outside by the nets due to the sheer volume of robins. The first round brought a rare catch. Jonas released a Yellow-browed Warbler from a net in the lighthouse garden. I was close by and I think I was the first to hear about the little yellow one, but I didn't rush over as I was in the process of getting a bird out of the net. That was probably a mistake, because after this round we went on to the next net round and so it happened that I was too late and missed the Yellow-browed Warbler being shown. 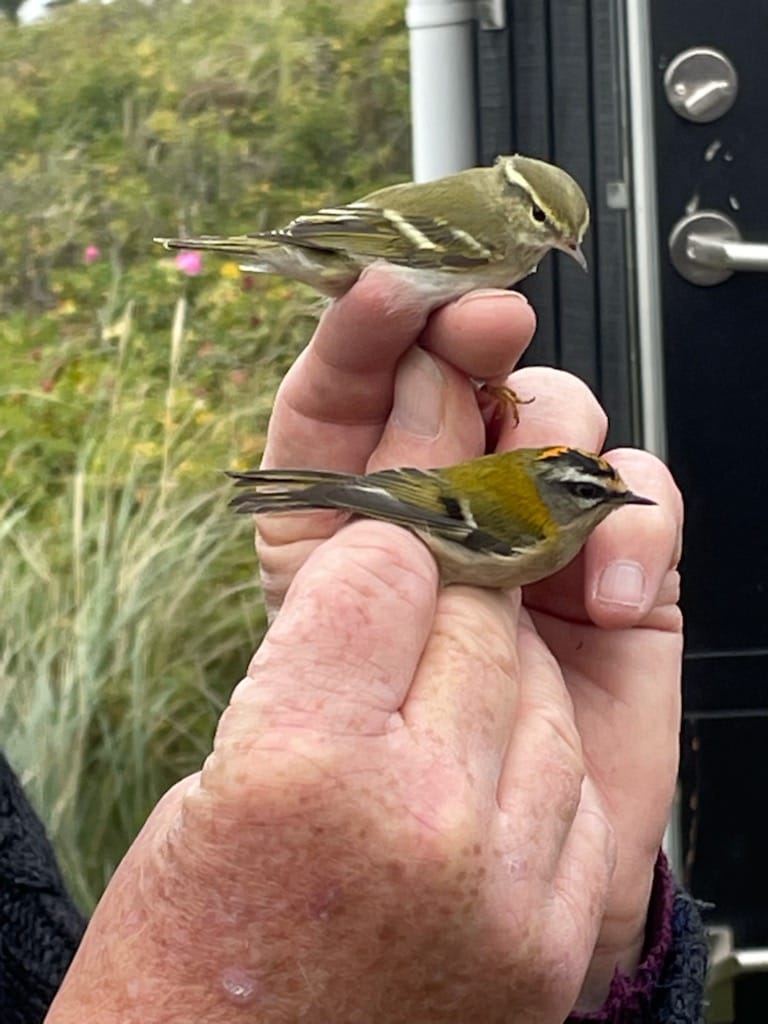 The Yellow-browed Warbler and a Firecrest.
I must have arrived not long after it was released into the wild, but by then it was too late. "We'll catch another one. Just for you," Bent promised. But today, unfortunately, that didn't happen. We had Robins in the nets all day today, although the numbers decreased after the first, say, two or three rounds in the morning. But there were also many Goldcrests in the nets. When the busiest rounds were over, Bent left us to the birds again and Jonas also stopped earlier today to go bird watching with Sebastian, Jonathan and Ragnar. Luke and I stayed with the ringing. Even though I missed the Yellow-browed sensation, there were some other nice birds in the nets. So I was pleased to ring my first Reed Warbler. There was also a Greenfinch in a net and I ringed a Stonchat male and wheatear. 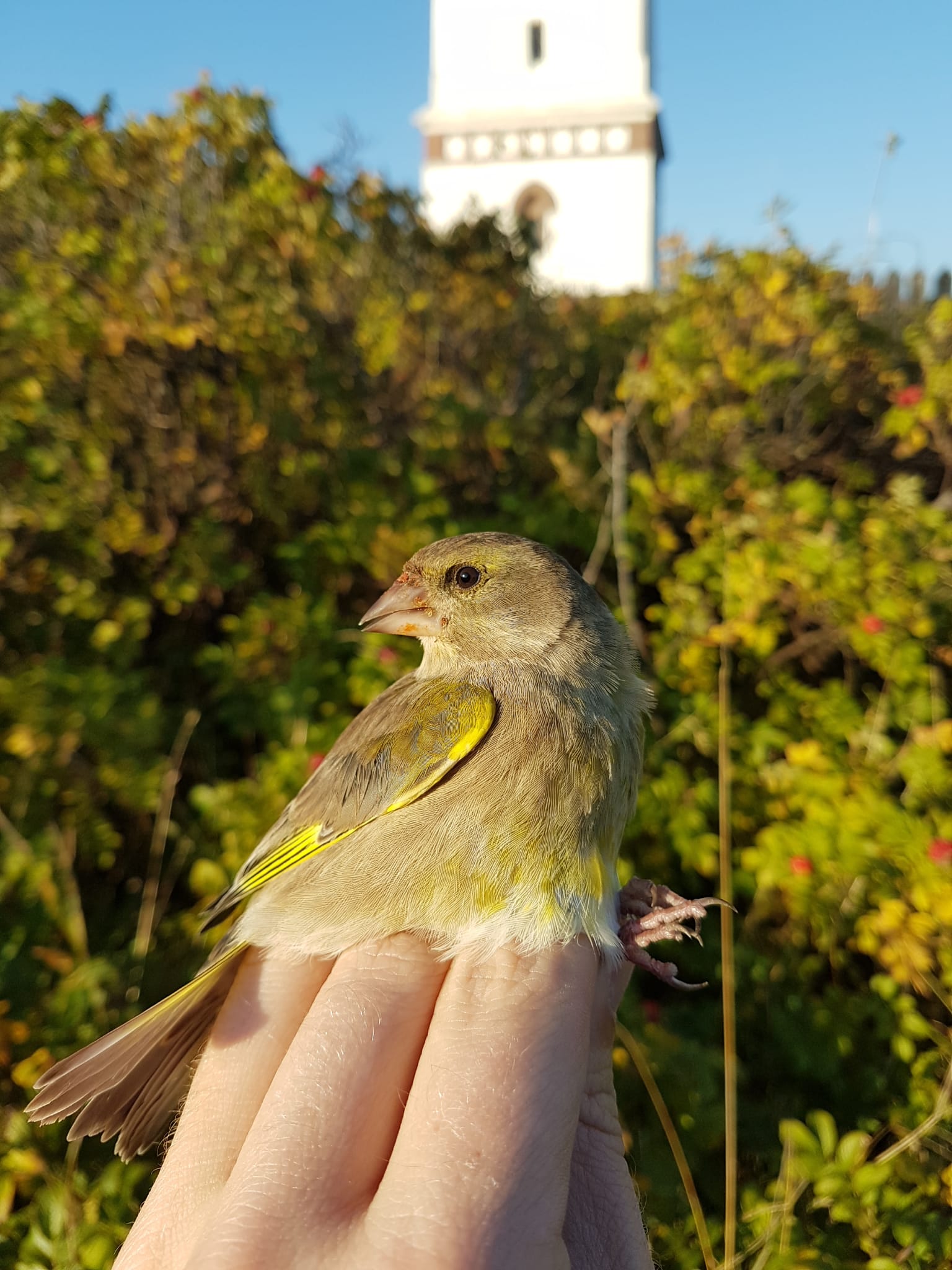 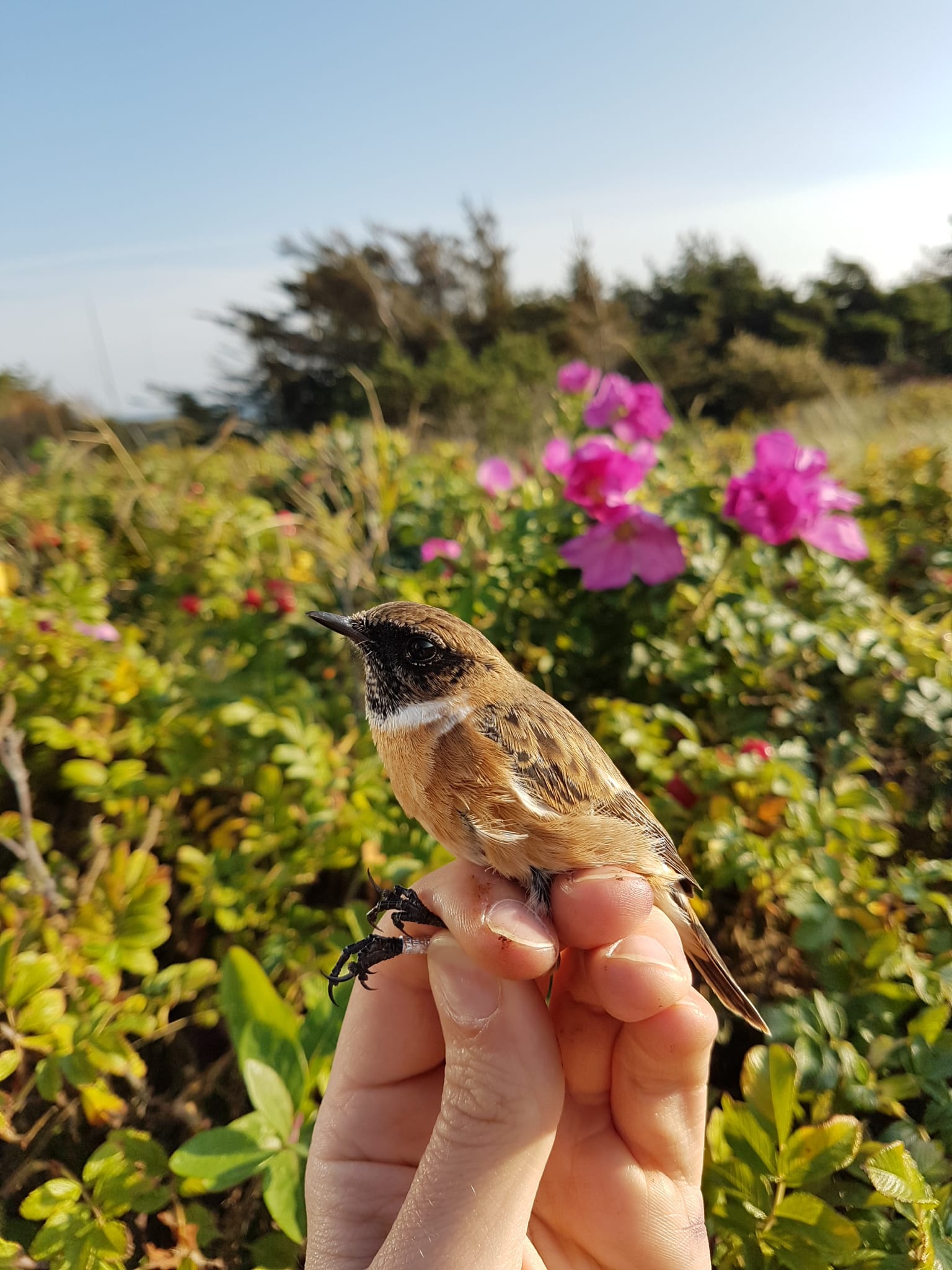 Stonechat
I was very happy about that, because I had only seen them in the bog before, but now I could see them up close. In the evening, in one of the last rounds, there was a Black Redstart in a net in the lighthouse garden. I had never seen this species before, which was also a reason for joy. Yes, you heard right, today the nets were open again into the evening and again Luke and I ringed until sunset. Another long day!
And here are the wonderful totals: 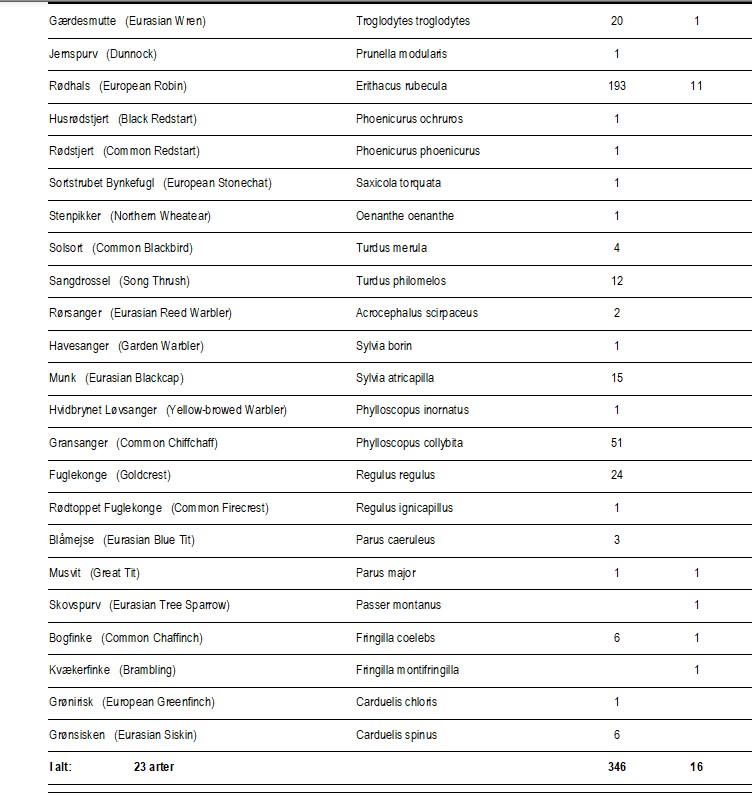 Our observers could see many passerines in the bushes today. They also spotted a Red-brested Flycatcher.
Dagens observationer kan ses her
In the afternoon, while bush-checking, Jonathan, Jonas, Ragnar and Sebastian saw a Hobby. Jonathan spotted a Firecrest and Ragnar a Red-backed Shrike. So another successful day for all of us. Jonas and Luke are now sitting at the data entry. So many birds today that it takes a long time again. Sebastian finally has football-loving company and so he, Jonathan and Ragnar watch football together today. So let's cross the fingers for Denmark so that the three of them have something to celebrate.
Good night and see you all tomorrow!