It was Simon and Taïma's last day so we spent the morning seawatching together from Sydhukket followed by group breakfast.

Simon has been present at Blåvand Fuglestation since the beginning of March and has contributed massively to the standardised spring seawatch counts (something which has not been conducted for many years). During the later part of the spring he also joined with the ringing. We would like to say a masive thank you to him for his dedication, particularly for the many hours spent sitting in freezing conditions counting migrating seabirds and the early starts during the ringing period.

We wish them both all the best in their future endeavours!

The wind was from the northwest and approximately 11m/s so no nets could be opened. However, despite being June, a modest number of birds were migrating northwards on seawatch including 949 Common Scoter (Sortand, Melanitta nigra), 27 Eider (Edderfugl, Somateria mollissima), and 20 Red-breasted Merganser (Toppet Skallesluger, Mergus serrator). See the full totals in the link below.

Although the wind picked up significantly during the evening the desire to moth trap was too great so the light trap was set. This still proved worthwhile despite numbers being significantly diminished compared with previous evenings. The highlight was the first Shark (Grå Hætteugle, Cucullia umbratica) of the year amongst a total of 14 moths of nine species! 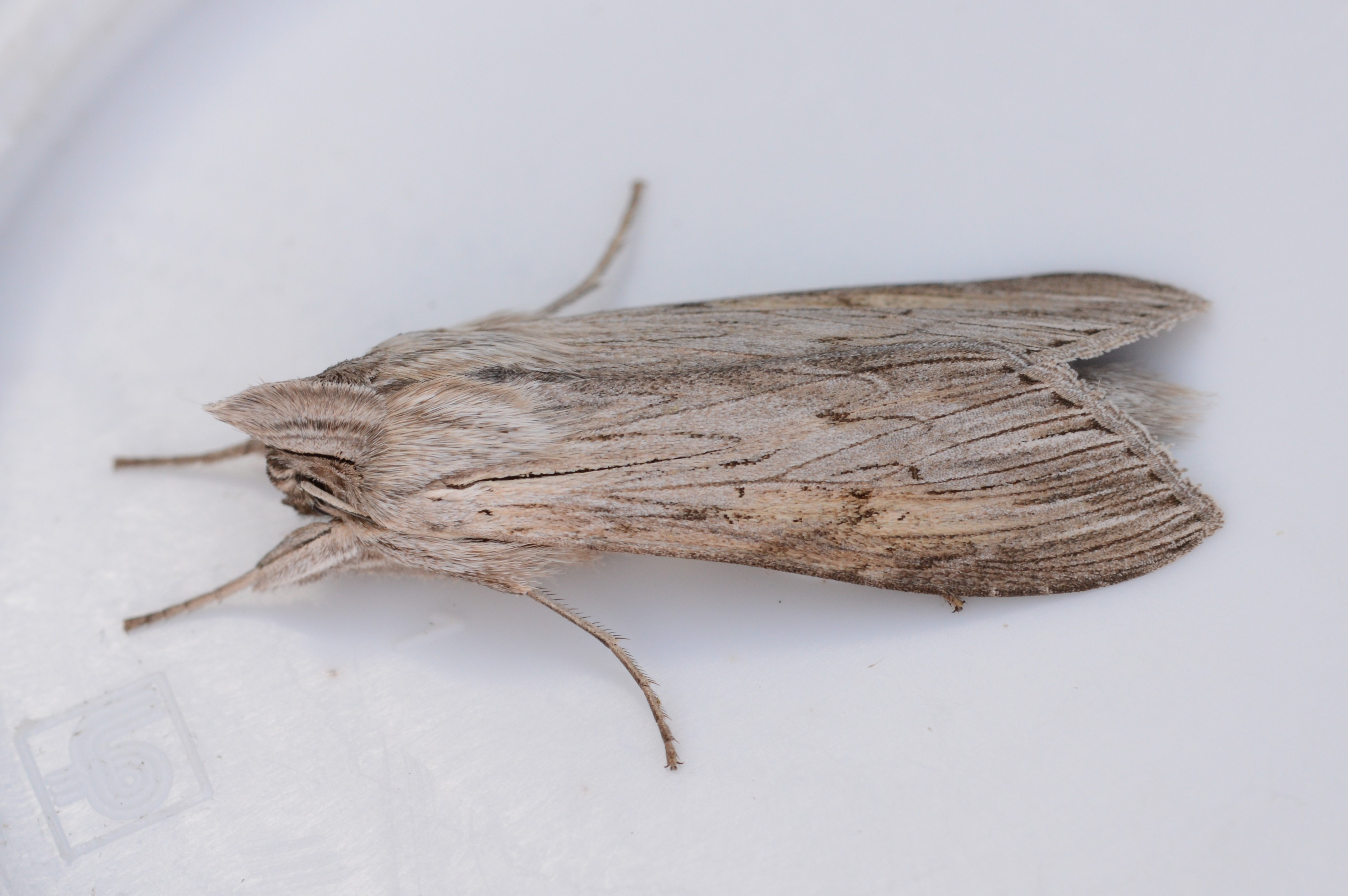