The day began calm and cloudy. Migration observations were conducted by Simon at Hukket and ringing by Amanda, Rasmus and Samuel in both the station and lighthouse gardens. We are fortunate now to have enough personnel to begin shifting tasks around and look forward to a productive time together. David arrived later in the day and will be helping out with the migration watches.

During the morning's ringing we encountered a showy breeding plumage Golden Plover (Hjejle, Pluvialis apricaria) feeding on the car park roundabout outside the station! Other notable sightings included singing Snipe (Dobbeltbekkasin, Gallinago gallinago), and two Buzzards (Musvåge, Buteo buteo) on an evening stroll to the bog north of the lighthouse.

Following the ringing Amanda and I cleared some overhanging branches from the net rides. The larger ones were then placed inside the Helgoland trap to encourage more passerines to enter it. 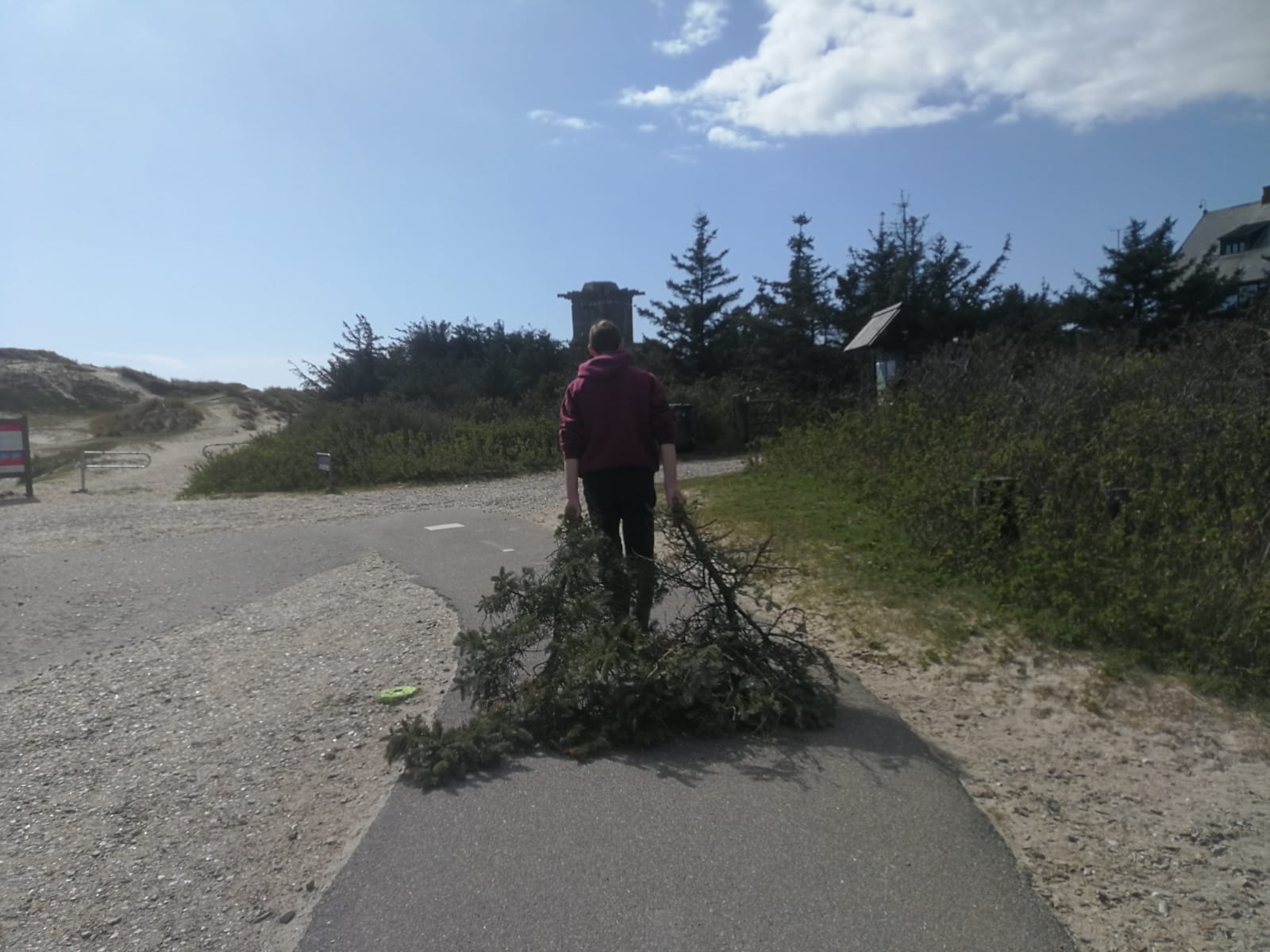 Branches from the station being recycled as temporary cover in the lighthouse garden Helgoland trap.

We also have our sound recorder out tonight and look forward to sharing more exciting "finds" with you once we have analysed the data.

Some exciting news involves the completion of a skinner moth trap in combination with a MV bulb! This is now out in the garden and active on it's maiden voyage! 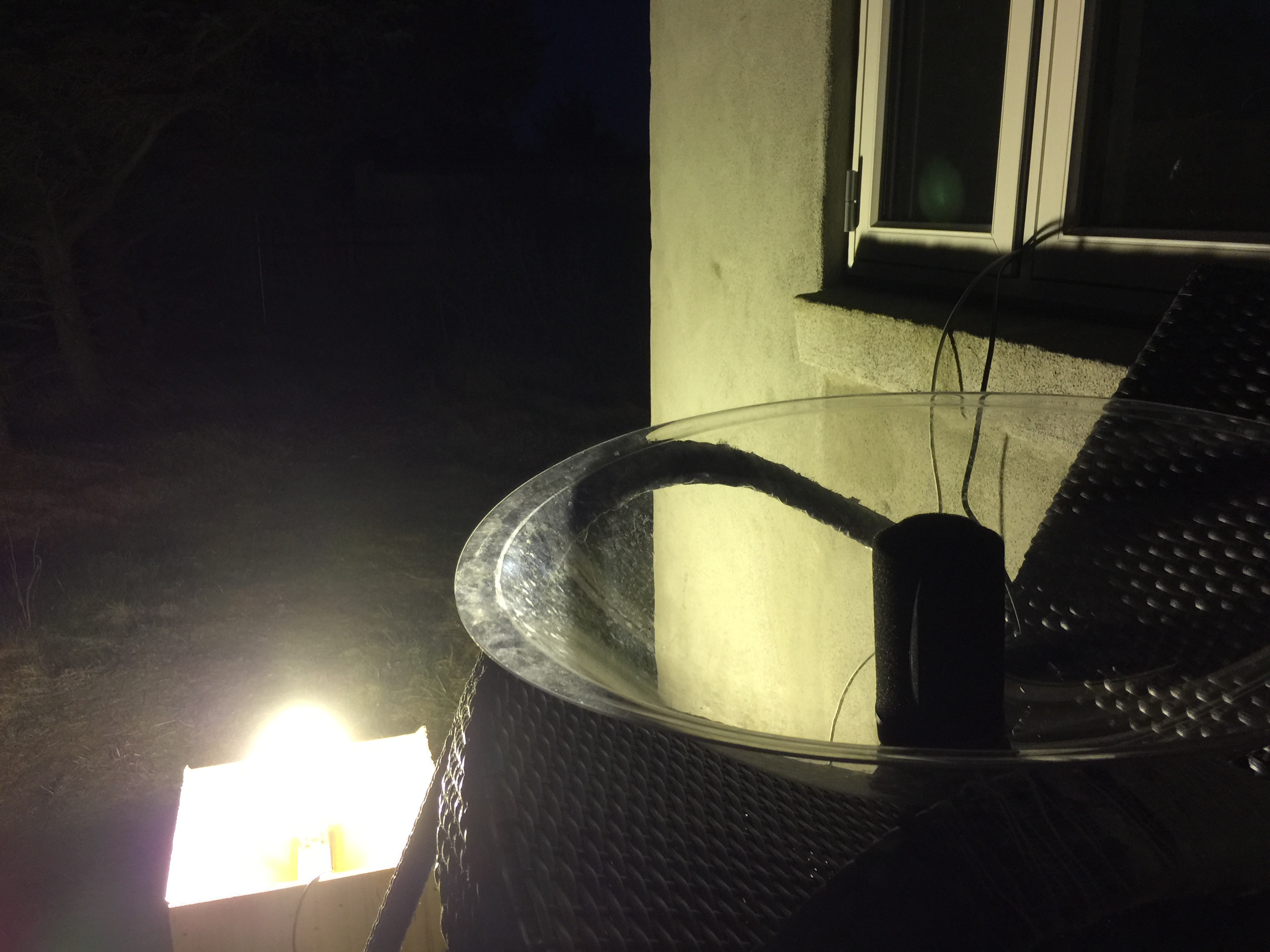 Nocturnal sound recorder running in the foreground and the new skinner moth trap in the background.